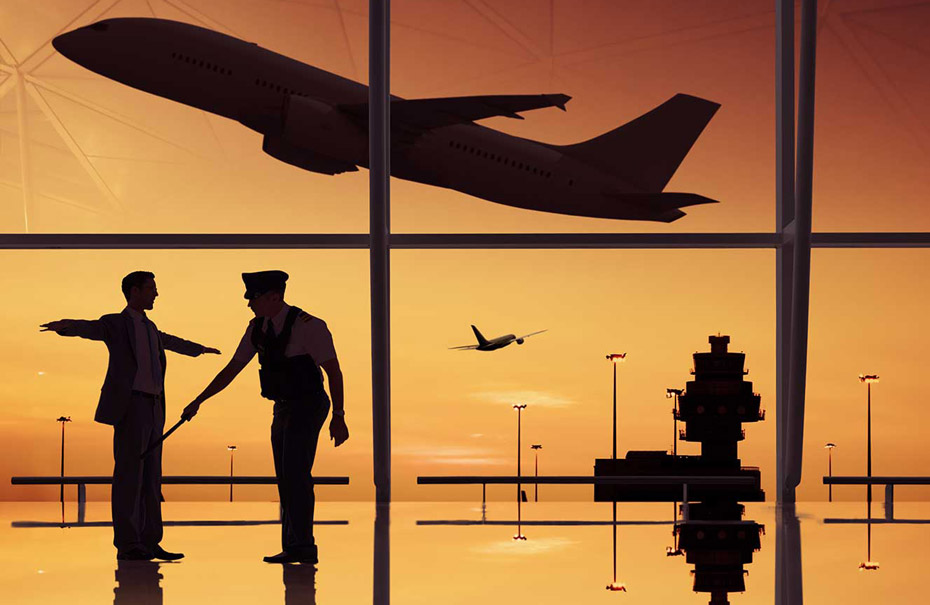 The US DHS (i.e., TSA) is responsible for securing nearly 440 federalized airports that facilitate upwards of 20,000 domestic flights per day and more than 2,000 outbound international flights per day.

In the U.S. and other countries, serious security deficiencies have been revealed in many of the security “layers” the TSA has put in place including:

Worldwide, 2.35 billion airport passengers are screened annually at over 6.500 airport screening lanes (2,245 of which are in US airports).

Following years of failed air-cargo screening infrastructure, there is an enhanced pressure by policy makers to deploy an effective Air-Cargo screening means based on ETD and/or X-ray modalities.  All air cargo routed from Asia Pacific airports to the United States need to undergo screening to detect explosives with a system approved by the U.S. Transportation Security Administration (TSA). To help facilitate this, TSA has listed approved systems on their Air Cargo Screening Technology List (ACSTL).

According to the report, passenger traffic in advanced economies grew 4.8% while passenger traffic in emerging economies grew 8.3% in 2018. It is expected that rising incomes in emerging markets will help propel global traffic to new heights in the coming decades as new aviation hubs begin to overtake the more mature markets of Western Europe and North America. The growth potential can be illustrated by the fact that countries located in emerging markets account for over 85% of the world’s population but less than half of global Gross Domestic Product (GDP).

Over a dozen of the top 30 fastest growing airports are in Asia-Pacific, including China and India. The airport in Bangalore, India, is the No. 1 fastest-growing airport, with 32.3 million passengers in 2018 -an astonishing 29% increase.

The middle classes in China and India have developed as well, and by 2030 China and India will be home to roughly two thirds of the global middle-class. These changes are important for air travel demand because as people enter the middle class, their propensity to travel increases dramatically. In the last year, these three categories saw significant developments that had a major impact on our forecast.

Global air service growth has remained resilient, but the continuing impact of protectionism and trade wars on international air transport services will likely have a major impact on airports in the future. The benefits of increased air travel are clear and further liberalization should be welcomed to maintain growth and improve connectivity to the benefit of the global trade and local communities.

Airports located in countries that are major exporters of manufactured goods handled almost 75% of global air cargo volume. Even with the uncertainty regarding the threat of trade wars and the growth of protectionist sentiments across the world, industrial production continued to make gains as a result of the cyclical recovery in the global economy. Inventory build-ups, augmented export orders and a strengthening of consumer demand reflected in increased online purchases were important drivers in the near-term. All of this translated into growth in air cargo volumes.

Total air cargo volume at the 30 busiest cargo airports grew significantly since over the past few years. Hong Kong remains the largest air cargo airport, handling more than 5.1 million metric tonnes of cargo in 2018, a 1.5% increase over the previous year, followed by the Memphis International Airport (Tennessee, US) and China’s Shanghai Pudong International Airport.

Every shipment of cargo carried on passenger aircraft requires screening at piece level, prior to being transported on any passenger aircraft. Skids and pallets will have to be taken apart, screened and reconfigured. The 9/11 Act specifically identifies the types of screening allowed ranging from physical inspection to various technologies. If airlines are forced to screen cargo similar to how passenger baggage is screened, there is a potential for delays and damage to shipments. The screening process affects all cargo on passenger planes.

Despite the progress and the vastly heightened public awareness of the threat, major vulnerabilities remain in the aviation system; the threat and fear posed by potential suicide bombers is real, persistent and likely to stay. It will continue to be the key to market development.

For more information, or to purchase a copy, please visit us here.

Other reports recently published by HSRC include: