Top
HSRCBlog The Next Surprise Attack Could Come from Drones 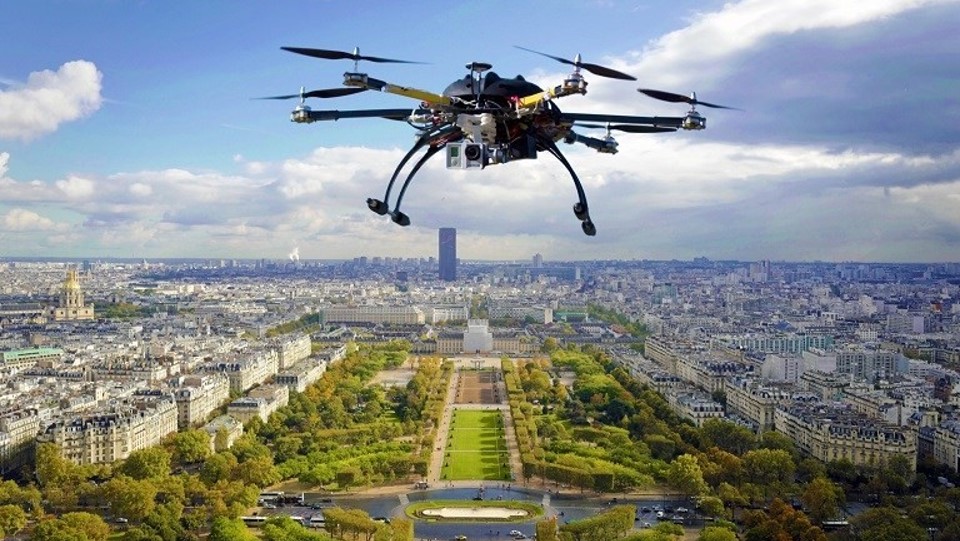 The Next Surprise Attack Could Come from Drones

Airports, critical infrastructure, and even stadiums are on the lookout for the growing threat of drones. In the past 2 years, there have been numerous incidents of drones infiltrating secure airspace. Luckily, most of these events were not due to terrorist attacks, but rather small drones flying in the vicinity of airplanes, bases, or large public spaces. Everyone understands the potential threat posed by an inexpensive drone carrying a home-made bomb near an airplane or a football field; however, little has been done to mitigate the issue. 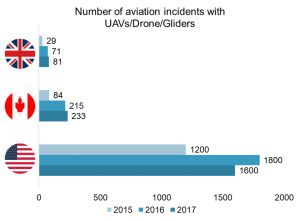 Governments have begun enforcing new and existing legislation to deter drone use by mere enthusiasts, but actual trials of advanced technological solutions to address potential threats only came into play in 2017. As expected, the defense industry is leading the market trend, following several attacks by drone fleets on ground forces in Syria; however, several airport authorities around the world are now also spending their budgets to address this issue. The existing solution for this kind of threat is typically the use of anti-air missiles, but wasting an expensive missile on an inexpensive drone is not scalable and poses a threat to the nearby area, so alternative counter-measures are being tested.

The first wave of relevant projects in the market features existing solutions by leading defense vendors in Electronic Warfare. The industry boasts a great deal of experience in identifying flying objects using radars, as well as know-how on successful signal jamming. Since in most cases drones are controlled via radio network, jamming the signal can allow halt and control over the drone. Jamming is considered a good option in general, yet may be problematic for airports, as it can interfere with the activity of airplanes and additional aircrafts.

There is also a great deal of investment in methods of physical obstruction to drones. Net-shooting weapons, drone-capturing drones, and even trained hawks are part of the trial and error phase the market is undergoing. Since the threat is so severe and such solutions can potentially be employed in several markets (correctional facilities, private luxury assets, to name a few additional ones), the market’s doors are open for many entrepreneurs and mature companies wishing to become part of it. While army forces may have the budget for high-end discovery and mitigation solutions, hotels and resorts are seeking simple, low-end solutions they can use to maintain the privacy of their guests.

As part of the recent turmoil in Gaza, Hamas began launching air balloons and kites carrying flammable load over the border, which landed on Israeli crops and caused vast agricultural areas to rise up in flames. The balloons and kites do not carry any electronic signal and cannot be jammed. This type of attack might spur similar occurrences in other regions, and only goes to show that trial-and-error can be found both on the attacker and the defender’s end.

HSRC is committed to covering the leading trends of this market and considers the next two years as a trial-and-error phase, at the end of which 3-4 types of solutions will arise from the numerous solutions that exist. Extensive information on these solutions can be found in HSRC’s relevant report: Counter-Drone Market and Drone Counter-Measure Technologies – https://homelandsecurityresearch.com/reports/counter-drone-market/.