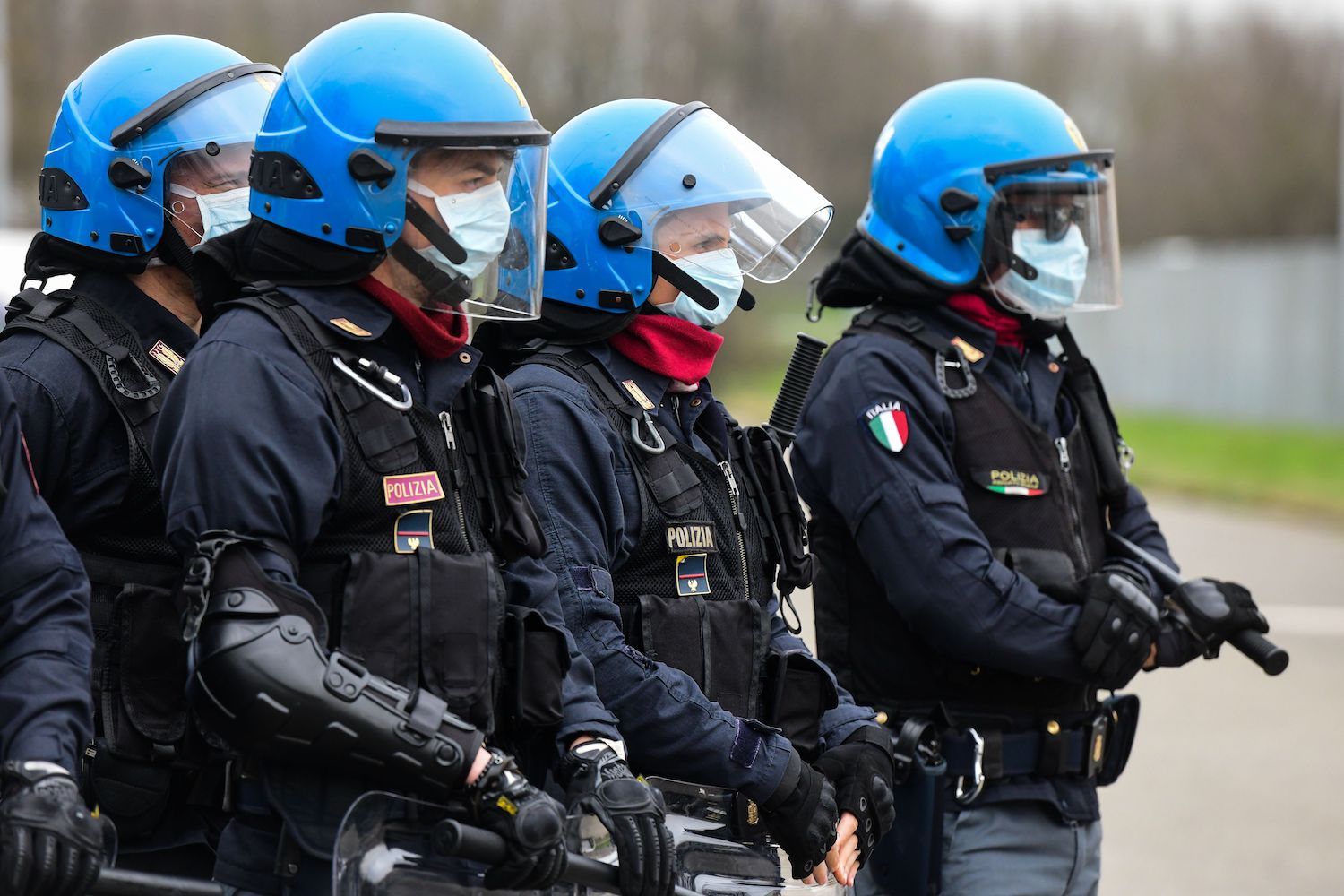 As the COVID-19 outbreak continues and the number of new cases is rising exponentially more countries are enforcing stricter measures to keep citizens at home and isolated. In order to enforce these new measures countries are deploying a large amount of law enforcement, public safety, and first responders’ agents to maintain public order and safety. These organizations are forced to adapt to a new and evolving reality, on the fly, while continuing to serve the population, but also securing the safety of their own personnel.

To do so, homeland security, law enforcement and public safety organizations are utilizing technological solutions that will most likely stay during the slowdown of the pandemic as well as after it’s mitigated. Such technologies include the use of drones, thermal scanners, special smart phone related apps, CCTV and body-worn cameras, big data software and others.

In addition to their on-going policing missions, police forces are now tasked with enforcing the new restrictions governments are employing to try and mitigate the virus, such as home isolation, closing of business, social distancing, and more. The new situation is putting a lot of strain on police forces, and this is even without mentioning that most agents don’t have the correct personal protective gear and more and more agents are testing positive to the virus forcing them to home isolation. Agencies are taking steps to elevate some of the pressure and to allow them to conduct their jobs in a safe and productive manner. For example, California police forces are using drones to enforce lockdown and to, in part, monitor the homeless population. Police forces in Israel are wearing body-worn cameras to record all interactions with the public and many police forces across the globe are cutting public access to police stations and are handling non-emergency calls over the phone or email instead of dispatching officers to the scene.

Prisons in general and prison guards in specific are dealing with a large, and at times violent crowd, daily. Today, while the corona virus is looming over their heads and is causing havoc, their job is even harder. Most countries have put out a number of measures to try and contain the spread of the virus within prisons, such as sending prisoners that were supposed to be released in the near future to house arrest, stopping daily visitations from family members and banning temporary releases at semi-open prisons. However, some of these measures have also caused major unrest and violence at many prisons across the globe. In Italy, the hardest hit country from the virus up to now, family visitations were cancelled, causing riots that killed 6 prisoners. In brazil, the government decided to ban the temporary release of about 34,000 inmates at semi-open prisons due to fears they could get infected outside and bring the virus back inside. This caused Inmates in at least four prisons to escape leaving more than 1,000 people on the loose. In Colombia Inmates at prisons across the country held protests against overcrowding and poor health services during the coronavirus outbreak. In addition, at least 23 people have died in one of Bogotá’s largest jails after what the authorities called a mass breakout attempt amid rising tensions over coronavirus. To deal with the new situation, prisons are changing the way they operate, including the implementation and use of thermal scanning systems, further deployment and analysis of CCTV data, as well as early release of many prisoners with electronic bracelets to follow their movement.

In addition to shutting down airports, closing land borders and in general limiting the volume of passengers at border checks drastically, border control authorities are using technologies to increase safety and security. One can assume that these steps will continue during and gradual recovery from the pandemic and maybe even afterwards. The most widespread technological solution seems to be the use of thermal screening systems of passengers to spot fevers caused by infections such as CoV, swine flu, and influenza (such as H1N1). Thermal screening is performed using mass-screening systems that measure the skin temperature at high-speed using thermal imaging and temperature measurement equipment. If a person is spotted with a fever security personnel can isolate them from the rest just in case they are infected. In addition, the use of contact less access control and biometrics solutions is gaining quick traction in order to reduce the exposure of border control agencies.

Other examples for technological solutions that law enforcement & public safety agencies are using during these tough times include:

Are you planning ahead so you know how to act once the crisis is mitigated? Make sure you use this time effectively to gather valuable information on your market, your competitors, and your customers. Contact HSRC today to better understand these new measures. Don’t sit back and wait until it is all over or it might be too late.

Need help from the experts? info@hsrc.biz

Contact our team of analysts for a customized research report on your next market.

Surveillance vs. Safety and Privacy Issues – The Tracing Battle