According to Homeland Security Research Corp.(HSRC) new report, European Smart Borders, Immigration Enforcement & Border Security Markets ““ 2016-2022, with 1.8 million (UN Reports) asylum seekers crossing West Europe’s external borders in 2015, the European border agencies are facing challenges with a far greater reach than ever before. More than 1000 of ISIS-trained jihadists returning to Europe every year coupled with the surge of migrants to Europe are alarming developments and show no signs of declining. .As present European border, coast guard, intelligence services and immigration agencies’ capabilities simply cannot meet the challenge. The EU, Turkey deal, if implemented, might lead to a significant reduction in the flow of refugees. However, the agreement faces formidable practical, political and legal challenges. A major overhaul of Western European borders and immigration infrastructure has already begun leading to a 104% 2015 to 2020 annual market surge.

The European Smart Borders, Immigration Enforcement & Border Security Markets ““ 2016-2022 report consists of 289 pages, 31 tables and 49 figures. It covers 12 countries and regions, 4 technology categories and 3 revenue source submarkets. The report offers, for each submarket, 2015 data and assessments, and 2016-2022 forecasts and analyses. 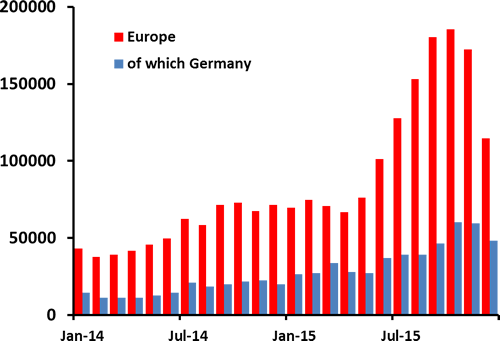 The report is part of a series of reports which focus on the emerging European counter. terror and public safety Market. Other reports in the series include: