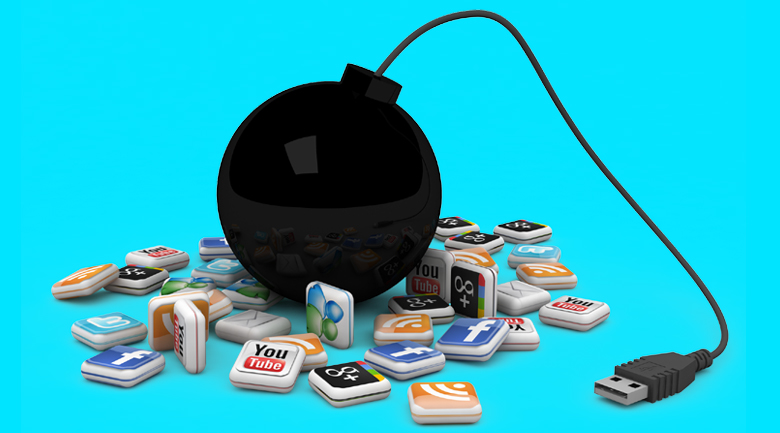 It is the ninth consecutive year that we are witnessing a decline in global internet freedom.

According to a new research published by the non-profit think tank, Freedom House, titled The Freedom on the Net 2019, Social media platforms like Facebook have become increasingly popular as a conduit for electoral manipulation and mass surveillance.

“In addition to facilitating the dissemination of propaganda and disinformation during election periods, social media platforms have enabled the collection and analysis of vast amounts of data on entire populations,” the report states.

The report explains that cross-border influence operations have become increasingly common, such as those conducted by Russia during the 2016 US presidential elections. The report points to state-backed operations in China, Iran and Saudi Arabia.  In fact, the Freedom House says foreign regimes have significantly added to the problem, and a new and major threat to democracy has risen from within; populist leaders and their team of online supporters work diligently to distort politics within the country they represent. “More repressive governments are acquiring social media surveillance tools that employ artificial intelligence to identify perceived threats and silence undesirable expression.”

President of Freedom House Mike Abramowitz stated, “Many governments are finding that on social media, propaganda works better than censorship… Authoritarians and populists around the globe are exploiting both human nature and computer algorithms to conquer the ballot box, running roughshod over rules designed to ensure free and fair elections.”

The online landscape in 26 of the 30 countries studied that held national votes over the past year have been hit with domestic election interference, and the most commonly used tactic was disinformation. In some countries, authorities went as far as blocking websites or disabling access to the internet. This was viewed as a desperate act to hold on to power.

Out of the 65 counties analyzed, Freedom House’s research discovered that at least 40 countries have been engaging in advanced social media surveillance programs. Across the democratic spectrum, governments are monitoring their citizens’ online behavior, looking to identify any perceived threats and even to silence opposition in some cases; these sophisticated mass surveillance systems can quickly map users’ relationships, assign a meaning to their social media posts, and infer their past, present, or future locations. Machine learning enables the programs to find patterns that may be invisible to humans, and even to identify whole new categories of patterns for further investigation.

HSRC’s  (Homeland Security Research Corp.)“Big Data & Data Analytics – Hardware, Software & Services Market in National Security & Law Enforcement: 2019-2022” report forecasts that this industry’s revenues will grow at a 2015-2022 CAGR of 17.5%. The use of big data and data analytics by Homeland Security, Defense, Public Safety organizations and intelligence agencies is on the rise, mostly because the world is becoming more digital and connected. This is creating new opportunities, not only for data collection and storage, but also for intelligence processing, exploitation, dissemination, and analysis. Big data and data analytics technologies can increase the investigative capabilities of intelligence organizations in many relevant aspects, including war on crime & terror, defense from cyber-attacks, public safety analytics, disaster and mass incident management, and development of predictive capabilities. All fields of Intelligence benefit from big data growth including OSINT Market, Sigint Market, Cyber defense activities, financial investigations, and so on.

HSRC forecasts that the big data and data analytics in National Security and Law Enforcement market in Asia Pacific and Europe to grow rapidly, with CAGR in the low 20s, especially due to the Chinese and Western European markets.

Adrian Shahbaz, Freedom House’s research director for technology and democracy, stated, “The future of internet freedom rests on our ability to fix social media. Since these are mainly American platforms, the United States must be a leader in promoting transparency and accountability in the digital age. This is the only way to stop the internet from becoming a Trojan horse for tyranny and oppression.”

Amid fears of voter manipulation, Twitter recently banned political advertising on its platform. The company’s founder and chief executive, Jack Dorsey, said he believed political messages “should be earned, not bought”. Dorsey emphasized that more needed to be done to combat the issue.

Facebook has consistently claimed that it is addressing the problem through a combination of human review and AI-based technology to root out malicious or misleading ad campaigns.

In a recent earnings call, Mark Zuckerberg stood by the policy, claiming “ads on Facebook are already more transparent than anywhere else”.