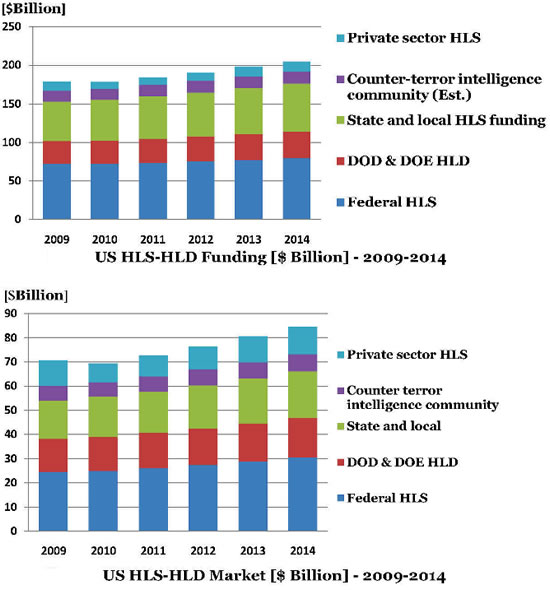 See also the latest version of this report

This report is the most comprehensive review of the U.S. Homeland Security & Homeland Defense market available today.

With more than 890 pages, 420 tables, 460 figures, the report covers more than 450 sub-markets. It offers for each sub-market: 2009-2010 data, funding and market size, as well as 2011-2014 forecasts and analysis. This report provides essential intelligence on approximately 40% of the global HLS-HLD market.

The markets are presented from two vantage points:

The report reveals that: